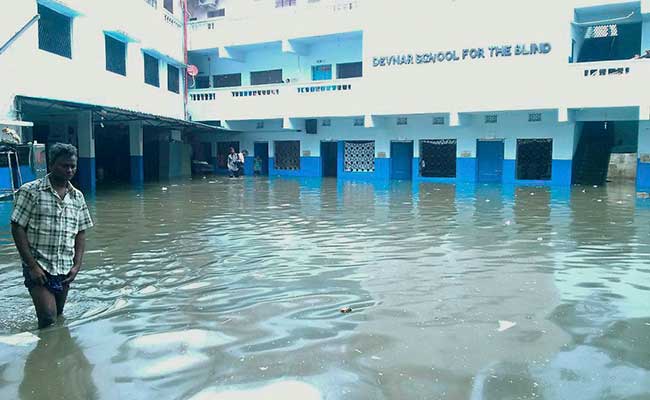 The BJP has blamed the TRS for mismanaging the floods.

The Telangana Rashtra Samithi (TRS) and the BJP have been at a war of words with each other over the lack of Central relief for the state in the wake of last month’s heavy floods. The state government had informed the Centre that a preliminary assessment had shown losses of up to Rs9,000 crore due to the floods in October.

“The BJP has not got a penny for Hyderabad but they came up with ‘Mana Nagaram, Mana BJP’ slogan recently. It’s a shame. Even before rains subsided, CM KCR has announced Rs550 crore for flood relief measures. If needed, we will request CM to sanction Rs100 crore more for people of Hyderabad,” Telangana Municipal Administration and Urban Development Minister, KT Rama Rao, said.

TRS leader and Chevella MP, Dr G Ranjith Reddy, also alleged that Prime Minister Narendra Modi had responded to the Karnataka Chief Minister’s request for Rs 669 crore, but not to the one by Telangana Chief Minister K Chandrasekhar Rao.

Union minister of state for home, Kishan Reddy, has, however, said that the TRS had mismanaged the flood situation in Hyderabad.

“The BJP should win and put an end to the TRS family rule in Telangana,” Mr Reddy said. The Central government, he said, has written to the state thrice, asking them to furnish a full report on estimates of damages but instead of sending the report, the “TRS preferred to attack the BJP”.

The TRS and the BJP are at loggerheads over the floods particularly since the Hyderabad Municipal Polls are scheduled before January 2021.