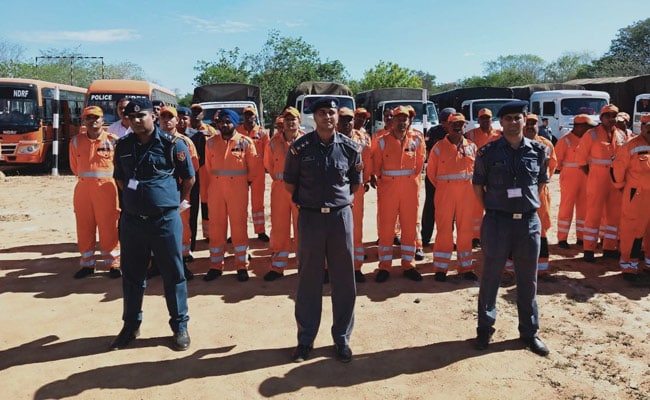 Tamil Nadu Cyclone: Depression over Bay of Bengal likely to develop into a cyclone

Coastal Tamil Nadu is bracing for heavy rain and strong winds after weathermen warned that the depression over the Bay of Bengal is likely to intensify into a cyclone and cross the coast at around 6 am on Wednesday. According to the regional weather office, the depression is around 740 kilometre south of Chennai at 2.30 am. Six teams of the National Disaster Rescue Force have been sent to Cuddalore and Chidambaram districts in Tamil Nadu.

In a “pre-cyclone watch” for Tamil Nadu and Puducherry coasts, senior meteorological scientist, KS Hosalikar tweeted: “…Low pressure area over southwest and adjoining southeast Bay of Bengal persists….very likely to concentrate in depression…and intensify in Cyclonic Storm in next 24 hours. Very likely cross between Karaikal and Mahabalipuram on 25 November noon”.

The Met forecasts extremely heavy rainfall in coastal Chennai, including Tamil Nadu and windspeed of 50 to 60 kilometre per hour is expected. Fishermen have been advised to stay away from the sea.

Revenue Minister RB Udhayakumar, who also heads the disaster management department told NDTV, “We have asked people in low lying areas to shift to safe zones. Our monitoring officers are alert as rainfall is expected between six to 12 cm in some districts, 12 to 20 cm in others and above 20 cm in few areas”.

In the ports including Cuddalore, Chennai and Tuticorin local cautionary signal No. 3 has been hoisted.

For a specific query on the position of Chembarambakkam Lake outside Chennai, which was close it’s full capacity recently, the state minister said, “The inflow to the lake has reduced, there is no worry at the moment”. In 2015, unprecedented rain and release of waters from this lake had led to floods in Chennai.