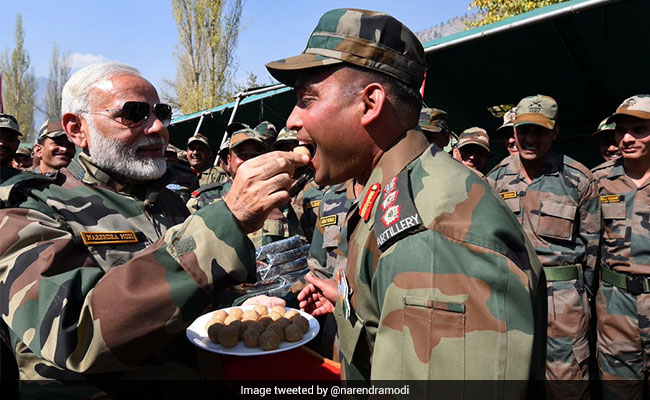 Prime Minister Narendra Modi is likely to spend Diwali tomorrow with soldiers, a tradition he has followed every year since he came to power in 2014.

Some reports suggest the Prime Minister will be in Gujarat. Chief of Defence Staff General Bipin Rawat may join him.

The year before, he was at the in Uttarakhand. In 2017, he spent the festival of lights with soldiers posted at Gurez sector of north Kashmir.

PM Modi spent his first Diwali in office with soldiers at Siachen, the world’s highest battlefield.

Saturday’s visit will be the second time this year that the PM is interacting with soldiers. In July, he made a surprise visit to a forward post in Ladakh at the height of a border confrontation with China following a clash on June 14 when 20 soldiers died for the country at Galwan Valley.

“Bharat Mata‘s enemies have seen your fire and fury,” he said, addressing soldiers of the Leh-based 14 Corps, known as the Fire and Fury Corps.

Why Is It Celebrated? Know The Facts