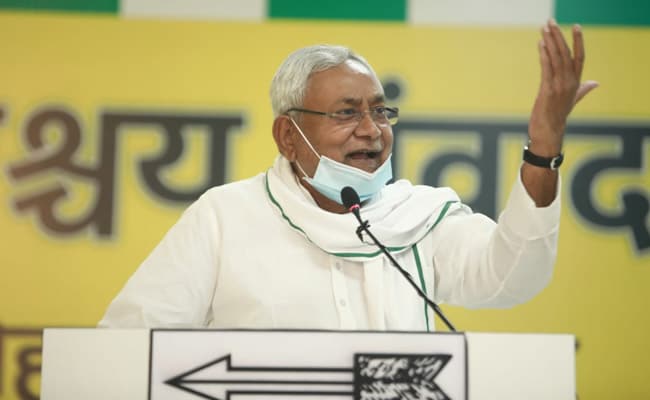 Bihar Chief Minister Nitish Kumar on Tuesday mocked rivals claim of bringing qualitative changes in the health and other fields if voted to power, asking them to look back at their track record during 15 years they were in power in the state.

After he took reins of the state in 2005 end, a survey was conducted in February 2006 in which it came to light that only 39 people used to visit a primary health centre in the state in a month before him, while the figure now stands at 10,000 visitors per month because of substantive improvement in the healthcare system, he said.

Mr Kumar was addressing a virtual poll rally in support of JD(U) candidates trying their luck in the first phase of voting on October 28.

Mr Kumar, who also heads the ruling JD(U), kicked off election campaign Monday. He has already announced that from Wednesday he would start touring constituencies to garner vote in favour of the NDA nominees.

The JD(U) chief who has already made it clear that “15 years vs 15 years” would be the narrative for the present elections, reeled out comparative data during the two equal periods in different fields and urged voters to make a judgement and then vote.

Without taking any name, Mr Kumar sought to make light of the “tall claims” made by the rival RJD leaders of “bringing heaven on the earth” if voted to power.

The Bihar chief minister had Monday ridiculed the RJD’s claim of approving 10 lakh government jobs at the very first cabinet on coming to power and wondered whether cabinet meetings were held properly during the 15 years of its rule.

“See our work. We know how to do a work and how to get it done from others. On the other hand there are people who don’t have any experience…what is needed in Bihar they have neither any idea nor any experience to perform,” the JD (U) star campaigner said wryly.