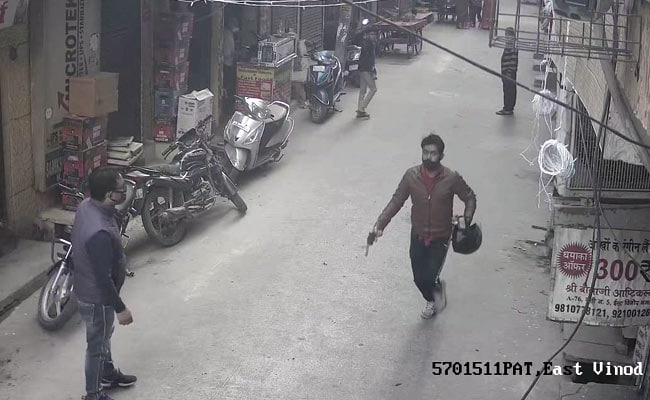 Delhi crime: Police are on the lookout for this man and his associate for snatching a woman’s gold chain.

Dramatic visuals of a man with a gun, running away after snatching a woman’s gold chain on Friday afternoon, have been released by the Delhi police.

According to the police, the accused is one of the two men involved in the crime, and remains unidentified.

The police have filed a case of loot, and have started looking for the accused on the basis of the CCTV footage retrieved from security cameras in the east Delhi neighbourhood.

According to the police, the crime took place on Friday afternoon around 3.30 pm when the woman, identified only by her first name Laxmi, was returning from a wedding ceremony.

Based on the sequence of events revealed in the CCTV footage, the two bike-borne men parked their vehicle, one of them walked up to the woman, snatched her gold chain and ran away before she could even react, the police said.

Visuals show the man run away with a gun in one hand and a helmet in another as passersby looked on.