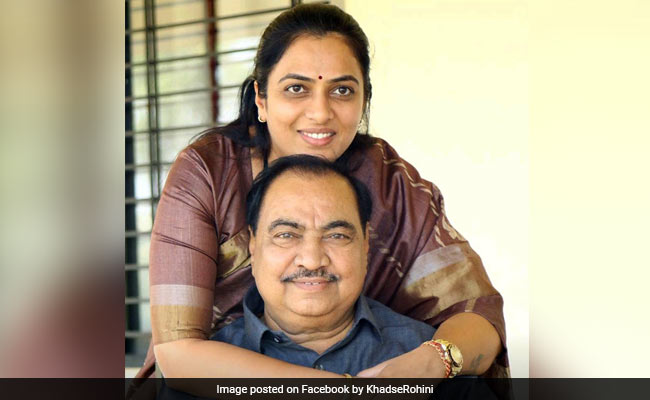 Former Maharashtra minister Eknath Khadse’s decision to leave the BJP was “tough” for him, but also “unavoidable”, his daughter Rohini Khadse said today.

Eknath Khadse, who had been upset ever since he had to resign from the Devendra Fadnavis-led ministry in 2016 over corruption allegations, on Wednesday quit the BJP and is set to join the Sharad Pawar-led NCP on Friday.

Talking to reporters in Nashik, Rohini Khadse said, “My father had given 40 years of his life for the BJP and its growth. It certainly was a tough decision for him and me, but I think it was an unavoidable one. We are joining a new party for sure.”

“There is no turning back now…we will join the new party with vigour,” she said.

In the 2019 Maharashtra Assembly polls, the BJP had denied a ticket to Eknath Khadse and instead fielded Rohini from Muktainagar constituency in Jalgaon district.

When asked about it, she said, “I was extremely disappointed because my father was denied ticket by the BJP.

There was no joy that I was fielded as he was denied ticket.”

“There were some reasons behind him not getting the ticket, but I cannot say anything further on that issue,” she said.

After quitting the BJP, Eknath Khadse, 68, had blamed Devendra Fadnavis for “trying to destroy his life” and political career.

Shiv Sena Leader Sanjay Raut Hits Out At BJP- You May Have Won Bihar Polls….