Having bowed out of the Indian Premier League (IPL) 2020 with Royal Challengers Bangalore (RCB), Virat Kohli has taken to the nuances of life at home. His wife Anushka Sharma posted a photo of him on her Instagram on Tuesday, which showed the India and RCB captain cleaning his cricket shoes. The duo are expecting their first child in January 2021. Kohli has also been granted paternity leave by the Board of Cricket Control in India (BCCI), and will return to India after the first Test match of the tour of Australia. “Caught the husband diligently cleaning his muddy spikes before the tour”, Anushka captioned the post. 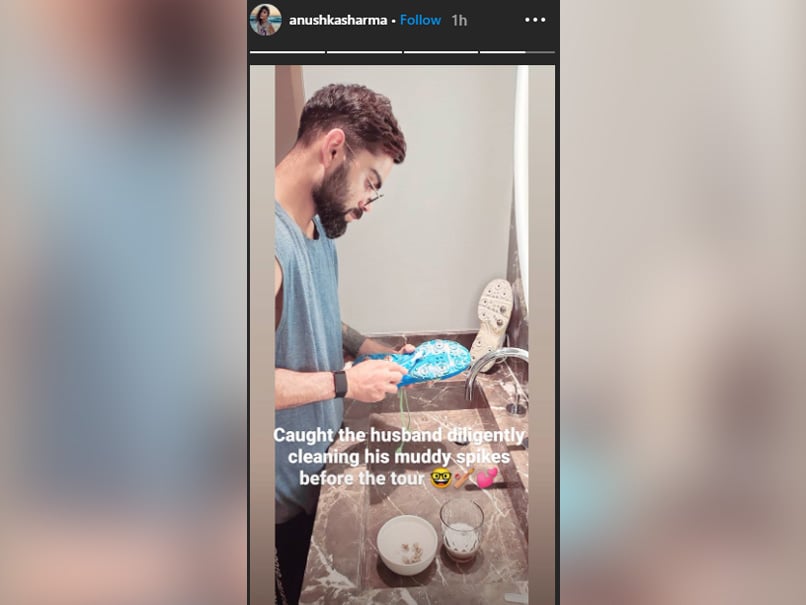 Anushka Sharma took a dig at her husband via Instagram

Kohli led RCB to a fourth-place finish in the league phase of IPL 2020. They played 14 matches, won seven games and lost seven. RCB lost to SunRisers Hyderabad in the Eliminator. The tournament took place in the United Arab Emirates (UAE). It was shifted due to the rising coronavirus cases in India.

Kohli had a poor start to the campaign but soon recovered to score 466 runs from 14 matches, at a strike rate of 121.35. He also grabbed three half-centuries. His boundary count consisted of 23 fours and 11 sixes.

India’s tour of Australia will begin on November 27 with a three-match ODI series. It will be followed by three T20Is, beginning on December 4. The first Test will start on December 17. the four-match Test series conclude on January 19.

Over 75 Cows Die Of Suspected Food Poisoning At Rajasthan Shelter

Few Come To Bengal Only During Polls To Terrorise Others: Mamata Banerjee

West Bengal With No Trinamool Congress Posters, Suvendu Adhikari Rallies Hint At Exit Ahead Of...